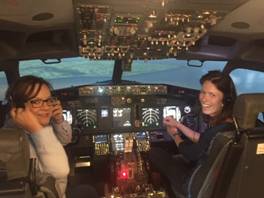 Crew resource management (CRM) consists of a number of training modules that are deployed in environments where human error can have serious consequences. CRM is mainly used to improve safety in critical operations and focuses on interpersonal communication, leadership and decision making in teams.

The pioneer is David Beaty, a former pilot of the Royal Netherlands Air Force and later a BOAC pilot who wrote his groundbreaking book The Human Factor in Aircraft Accidents at the end of the fifties. Despite the significant development of electronic tools and supporting protocols since then, many principles remain effective to this day.

The term "cockpit resource management" was coined in 1979 by NASA psychologist John Lauber, who had studied cockpit communication processes for several years. While maintaining a command hierarchy, the concept was intended to promote a less authoritarian cockpit culture.

CRM was therefore not limited to the cockpit. In aviation this was another big step in the field of "non-technical skills".

Crew resource management was partly the result of the Tenerife airport disaster in 1977, when two Boeing 747 aircraft collided on the runway and 583 people died. A few weeks later, NASA held a workshop on this subject, in which this innovative training was endorsed.

United Airlines was the first airline to provide CRM training to its cockpit crews in 1981. By the 1990s it had become a worldwide standard. Studies have shown that by team members using CRM together, communication barriers are reduced and problems can be solved more efficiently. This leads to more safety. 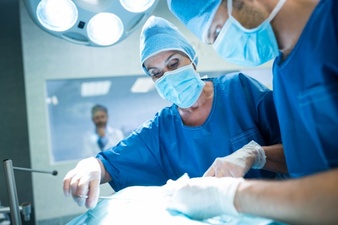 CRM training concepts have now been adapted for use in a wide range of activities where people have to make dangerous, time-critical decisions. YES Human Factors is active in the following industries:

Actually, anywhere where making mistakes can have serious consequences.

The Crew Resource Management training courses of YES Human Factors are interactive training courses for improving operational cooperation in critical operations. Knowledge, skills and insights from the training are directly applicable in the work as a professional.

Where many Crew Resource Management training courses are instrumental, we are of the opinion that there is also an important change aspect to the application of (safe) behavior. This means that in addition to this instrumental aspect, we also pay attention to pitfalls in judgment formation, group dynamics and cultural aspects in various collaborations.

An important concept here is just culture. In a just culture, every voice counts and you will not be judged for mistakes you make unless there is intent or serious negligence.

After all, everyone makes mistakes once in a while! Making mistakes is just as normal for us as breathing. The challenge is to pick up mistakes with your team before it really turns out fatal.

How do you organize such a resilient organization? You can be helped by technical means, protocols but certainly and also your team! The world is too complex to be fully captured in technology and protocols and in the end you decide with your team what you do to "land safely". After all, some things should never go wrong.

If you are interested in doing your job safely, economically and with a lot of fun, take a look at our training offer on this site.